Russian has been very popular during the Fall 2014 semester with more than 30 students enrolled in Rus 101. We will be welcoming back both Rus 105 and Rus 205 next semester. Clinical Associate Professor in the Department of Mathematics, Sergey Lapin, has volunteered to teach the conversational courses and says he is anticipating a high enrollment in these courses.

Check out study abroad opportunities in Russian language and culture available at WSU! 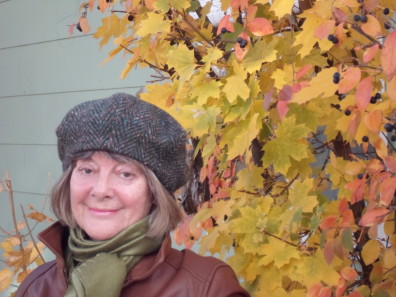 I began working in our department in the fall of 1977, and taught Russian language, literature, culture, and film for 34 years. I also taught Swedish language and literature for several years, and French 101 twice in the mid-2000s. I have always loved teaching, and one of the best classes was on Russian film (Rus 410) in my last semester. My brief presentations plus the engaged comments from 140 students created lively discussions not only about cinematic aspects of the films, but also about Russian culture and society. 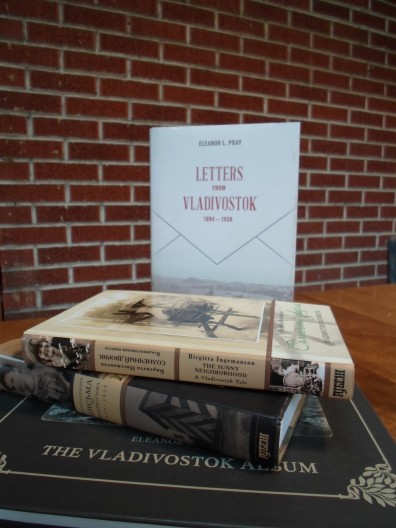 After retiring, I have continued my research program in Vladivostok, studying the history of the city and the 2,000 extant letters of Maine native Eleanor Lord Pray who lived there for 36 years. My first book was Letters from Vladivostok, 1894-1930, published in Russian (Vladivostok: Rubezh, 2008) and in English (University of Washington Press, 2013; paperback 2014). I work with colleagues in the institutes of English, history, and Russian at Far Eastern Federal University, as well as with my special team of Rubezh Pacific Publishers and the Vladimir Arseniev State Museum of the Maritime Territory. They are professionals, and the work is absorbing, challenging, and fun. In addition to the books shown on the photo, we have begun a series of selected letters by Eleanor Pray–the complete texts of certain letters, with extensive introductions and annotations (rather than the thematic excerpts in Letters from Vladivostok). I work now on volume II (1907-18) with its momentous events of the world war and revolutions.

During her life in Vladivostok, Eleanor Pray wrote vividly of both her ordinary days and the extraordinary historic events that she witnessed. Reviewers and readers have noted that the books based on Mrs. Pray’s letters have restored parts of Vladivostok’s history that were forgotten or suppressed in Soviet times. As a tribute to Eleanor Pray, a bronze statue was unveiled in the city center by the mayor, the Hon. Igor Pushkarev, on July 4, 2014–a sign that books in our FL&C field can have an impact on the society they reflect; and a gesture of friendship to Americans.

It is gratifying to have the time to devote to this research and writing, but I do miss the direct interaction with students, and was glad to be invited to teach a seminar on foreign film at Far Eastern Federal University last fall. Their new campus is spectacularly situated on an island, and my morning walks in the park along the sea were intensely inspiring. Still, for me, no view out of an office window compares with that of Thompson Hall looking west over our beautiful avenue of trees. Working in such a setting was the foundation for everything that has come afterwards, and all of you who read this are lucky to know (and, I hope, love) the greenery of our campus.