The department wishes to thank Marie Glynn, Clinical Associate Professor of French (Ph.D., University of North Carolina), for her generous and important service of over twenty years to foreign languages at WSU. She retired from the French section in May. In addition to teaching French language, Dr. Glynn was an expert in French cinema and regularly taught a course on this subject. She also taught for years in the General Education Program at WSU.

Romain Chareyron joined the WSU French faculty in August, after completing his Ph.D. in Francophone culture and contemporary French cinema at the University of Alberta in Canada. He held a post-doctoral teaching position in the French and Italian Department at the University of Kansas, where he taught various courses at the intermediate and advanced levels, notably film, culture and business courses. We are happy to welcome him in to our corner of the world! 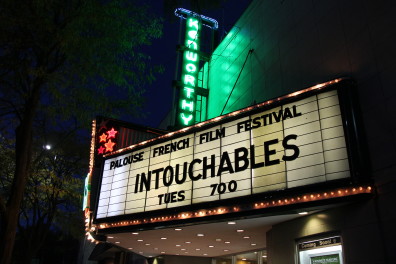 The fifth edition of the Palouse French Film Festival opened on October 7, 2014 at the Kenworthy Performing Arts Centre. After an opening reception of French wine and cheese, the co-organizers, Sarah Nelson from the University of Idaho, and Sabine Davis from the Department of Foreign Languages and Cultures at Washington State University, were delighted to introduce to a record audience of 241 students and community members this year’s program. The program started with the acclaimed French comedy/drama Intouchables co-signed by Olivier Nakache et Eric Toledano. It was followed by three other films on each Tuesday in October at 7pm: Renoir, the touching and beautifully filmed story of Pierre Auguste Renoir’s last years; J’ai tué ma mère, a francophone film by Québécois Xavier Dolan about the difficult relations between a son and his mother; and Elle s’en va, an enjoyable story about life’s serendipity with Catherine Deneuve. 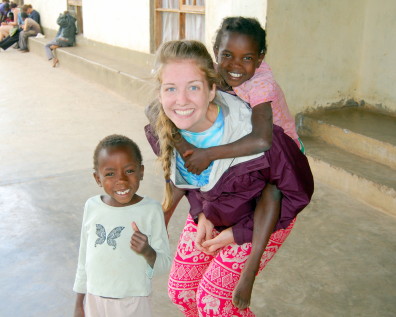 Emily Brown graduated in May 2012 with a minor in French. Emily spent two years in French-speaking Togo with the Peace Corps, where she was an English and Gender Equality Education volunteer. She returned to the US this past August and decided to dedicate her professional life to working in the public sector with an NGO abroad. She will join the Masters Program in Public Administration at the University of Washington Evan’s School. 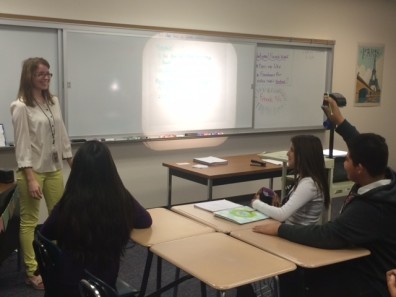 Linnea Stegner graduated in May 2013 with a major in French, Teaching Option. Linnea has accepted a position with the Joya Community High School in Avondale, Arizona where she will be teaching French.