Since the beginning of 2017, Dr. Xinmin Liu continued the second half of his sabbatical leave with a couple of projects. First, as the guest-editor of Tamkang Review (Taiwan), he recruited seven contributors from Taiwan, South Korea, and the U.S. for a special issue on the theme of Speculative Fiction and Planetary Healing. Dr. Liu also started writing the theoretical framework as part of his critical introduction to the special issue. Second, as the chair and presenter of a panel for the 12th Biennial Conference of Association for the Studies of Literature and Environment (June 20-24 2017, Detroit), he has started writing a panel paper on “Hindsight as Foresight: Eco-storytelling in Root-seeking Literature of the 1980s.” In the meantime, Dr. Liu continues to flesh out in writing these two panel papers as the two unfinished chapters for his current book project, Agential Landscapes and Interloping Humans.

The Department of Foreign Languages and Cultures is proud to announce that student Regina Meeks won first place in the speech portion of the 16th Annual Chinese Bridge Chinese Proficiency Competition for College Students 2017 Washington State Preliminary that was held in April in Seattle. 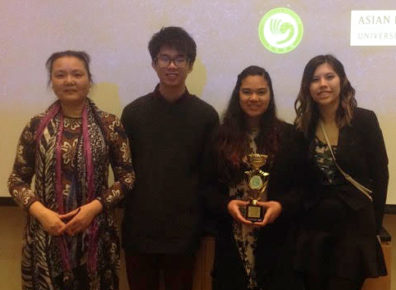 Students of Chinese attended the Chinese Table and Chinese New Year Party that was held at the WSU Honors Hall in January. About 30 students representing all levels of Chinese competency attended. The students not only ate dumplings but also learned how to make them and enjoyed many other traditional Chinese foods to celebrate Chinese New Year. 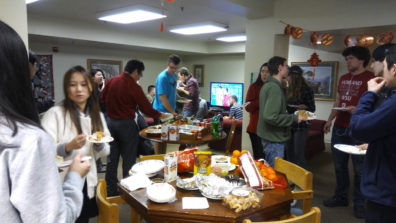 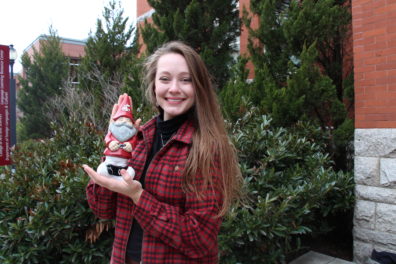 Trudy Boothman received the DFLC Outstanding Senior Award in Chinese. She graduated in May 2017.

Congratulations to all of our outstanding students!