Associate Professor of Spanish, Dr. Vilma Navarro-Daniels, was selected as the Mariana Merritt Matteson & Donald S. Matteson Distinguished Professor in Foreign Languages and Cultures by the College of Arts and Sciences. The professorship carries a three-year term and provides an annual financial award of $20,000 to support her scholarly and instructional activities. During her professorship, Dr. Navarro-Daniels plans to develop a transregional and interdisciplinary project that bridges classical studies, philosophy, social sciences, and literary and film studies. Her project will investigate how Latin American and Spanish literature and film use classical mythologies to question and undermine hegemonic views about race and ethnicity, gender, social classes, and forms of government.

Second-year graduate student, Carmen Kroschel, was an asset to the WSU Language Translation team this semester. In January, Carmen and two undergraduate students, Jose Alejandro Garcia and Alejandro Brito, successfully translated the WSU Student Financial Services website into Spanish – which makes WSU one of the first universities among U.S. public colleges to do so. The newly translated website goes beyond answering commonly asked questions and guiding viewers through the financial aid process, it shows that more students are being included.

Spanish minor Brenda Rodriguez honored Spanish Instructor Sonia Lopez-Lopez for her influence during Brenda’s undergraduate career by requesting Sonia to join her on stage during the College of Arts and Sciences Outstanding Senior Ceremony. Rodriguez was selected as the Outstanding Senior in Women’s Studies. Outstanding seniors were asked to designate those people who have been a source of inspiration, guidance, and friendship, and who have influenced their success at WSU.

In honor of our undergraduate and graduate students, we hosted our annual Department of Foreign Languages and Cultures Awards Ceremony during Mom’s Weekend 2018 in April. Students across all nine languages were recognized for their outstanding academic performance at each level of proficiency as well as the outstanding senior for each major degree program. In addition, we honored the undergraduate scholarship recipients for the 2018-2019 school year and summer 2018 study abroad programs. 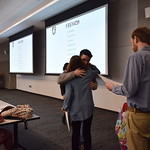 The College of Arts and Sciences hosted their annual Appreciation and Recognition Social in April, bringing the college together to celebrate and honor the achievements of faculty, staff, and graduate students. WSU College of Arts and Sciences and the WSU Department of Foreign Languages and Cultures are honored to recognize individuals that strive to stay true to our tradition of excellence.

Clinical associate professor of German Dr. Joshua Bonzo received the Excellence in Teaching by a Clinical Faculty Member Award. Bonzo was recognized for his ability to demonstrate excellence in and outstanding commitment to classroom teaching.

Second-year graduate teaching assistant Amanda Hussein received the Master’s Student Achievement in the Humanities Award. Hussein was recognized for her outstanding academic performance, achievements in research, scholarly, and/or creative activity, and contributions or service to their academic unit, the college, and Washington State University. 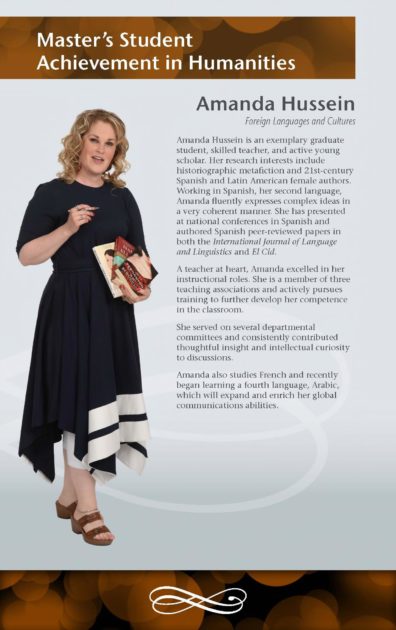 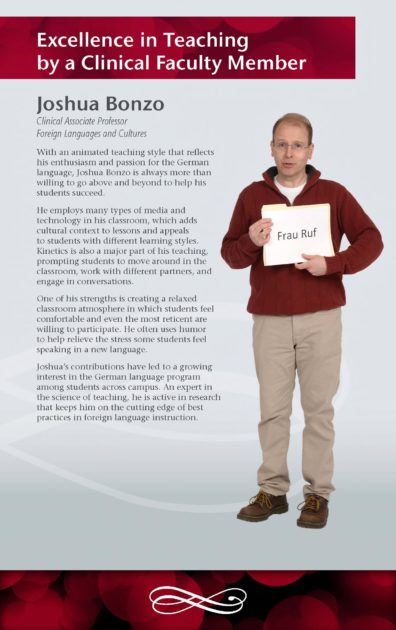 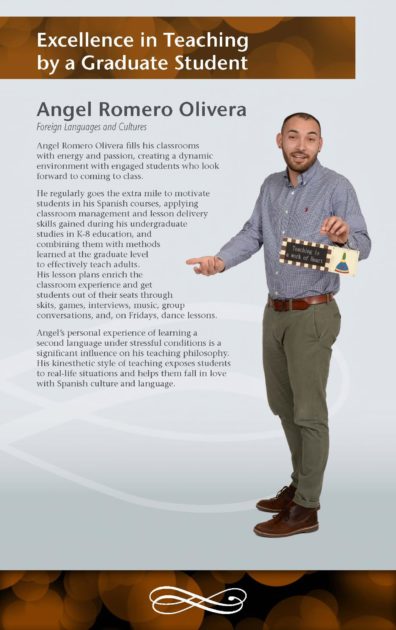 Prof.  Liu was an asset to the symposium on Revitalizing Rural Environment: Regional and Global Perspectives. Over the course of the three-day, public symposium, he gave presentations relating to the overarching theme of the symposium; addressing the destabilization of small villages around the world due to overpopulation to urban centers.

During this year’s WSU Showcase, Dr. Lui presented his study of the vernacular dwellings in China with his poster, Remembering Earth?! Rural Dwellings and Healing Retreats. At the Revitalizing Rural Environment workshop, Dr. Lui presented Revitalizing Rural China as Planetary Healing. He also served as a translator for the renowned Chinese architect and invited keynote speaker, Dr. Liu Jiaping, during the workshops. As part of the symposium’s regional perspective, Dr. Lui joined three WSU colleagues in a panel presenting Rural Dwellings and Planetary Retreats. 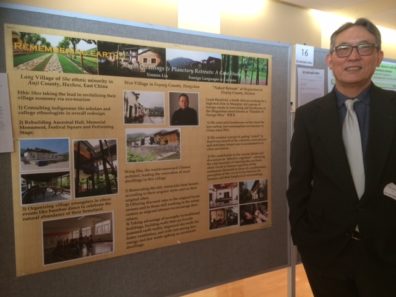 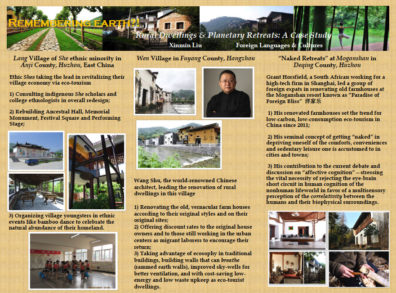 WSU senior Basheera Agyeman, double majoring in Comparative Ethnic Studies and French, was selected as a guest speaker at the 2018 Women’s Leadership Conference in Moscow, Idaho. The conference was co-sponsored by WSU and the University of Idaho. As WSU’s first Campus Civic Poet, Agyeman was selected to share her two poems that addressed the overall theme of the conference, “Lifting As We Climb.” Also in attendance were Administrative Assistant Lauren Jasmer; Instructor of Spanish Sonia Lopez-Lopez; and Associate Professor of Spanish Ana Maria Rodriguez-Vivaldi. Agyeman’s presentation was followed by a standing ovation. 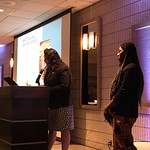 Clinical associate professor of French Sabine Davis was selected to present at the American Association of Teachers of French (AATF) in Martinique, France, this July. She plans to present her paper “L’Organisation Internationale da la Francophonie: origine, developpemnet et perspectives.” Additionally, Davis will present information regarding the new French minor for Design and Merchandising offered here at WSU, and will lead a discussion on interdisciplinary programs.

Associate professor of Spanish Vilma Navarro-Daniels was invited to be the keynote speaker for the inaugural session of the 21st annual International Congress in the Humanities, as well as the ninth Meeting of the Research Group on Contemporary Textualities: Processes of Hybridity. Both will take place in Santiago, Chile, this fall.

Clinical assistant professor of French Insook Webber’s analyis, “Dumont, Bataille, and the Materialist Sacred,” was accepted for publication in the January issue of the Society for French Studies.

The department was awarded $26,695 in funding to purchase teaching-related technology for Thompson Hall room 5 for instructional and academic purposes by the WSU Technology Fees Committee. The technology fee that WSU students are required to pay is used to benefit students by making learning easier with the latest technology in areas and classrooms where there is not updated technology. With many different proposals, ours was selected to meet the standards of the newer buildings on campus. Our proposal was supported by several WSU student clubs and registered student organizations (RSOs) who emphasized the importance of having technological capabilities in room 5. These funds help create another fully functioning and updated classroom for students to learn and to host student club and RSO meetings.