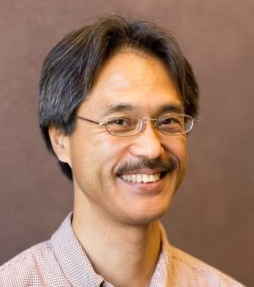 Dr. Kota Inoue, assistant professor of Japanese, died on December 14, 2016, following a car accident in southern Idaho. He was an excellent teacher, dedicated scholar, and valued colleague, and we are deeply saddened by the loss.

The department held a Celebration of Life on January 28 on the WSU Pullman campus where colleagues, students, and friends of Kota shared stories and fond memories. A search for his successor in the department will begin in fall 2017.

In the Japanese program, instructors introduce current and traditional Japanese culture and provide students with insights on multiple aspects of the ongoing cultural issues in Japan. In Japanese 204, the fourth semester of our program, students have opportunity to research traditional culture and create an informational poster to showcase their research, as well as to look into a specific topic of interest to them to find similarities and differences between the U.S. and Japan. The students then present their findings in Japanese to their class.

Two current Japanese 204 students shared their memories of taking the class in Spring 2017.

Kacie Kubosumi
“One of the most unexpectedly rewarding parts of my Japanese studies here at WSU is the amount of culture I have been able to learn in the language classes. I have not yet taken a cultural studies class, but I have learned so much about traditions, values, and general lifestyle of Japan throughout the language courses. We often read stories that convey old Japanese tales and stories, we discuss various holidays and festivals throughout the year, and we watch videos showing modern-day Japanese popular culture. It has been especially helpful that all of my professors have either grown up or spent extensive time in Japan so they are able to share their firsthand experiences and knowledge with us. Even the structure of the language, with honorific and modest speech, has taught me great amounts about the respect and value system in Japan. I love learning the language, and the experience is only greater when I can bridge a connection from the language to the heart of the culture.”

Ciera Brown
“During my time in the Japanese program at WSU, I’ve found that I’ve learned so much more in such a short time frame than I ever had in the years I’ve studied Japanese prior. I’ve been to Japan a couple times now and experienced the culture firsthand. Being in Japanese class here, I feel as though I’ve learned even more relating to culture, as well as affirmed my previous experiences. I’m happy to know that in addition to the language being taught by knowledgeable staff, the culture of Japan is also included and accurately taught to my understanding. I think that understanding a culture is one of the most important steps to learning the language. Words can go only so far, but implementing actual understanding of a society different than our own makes learning the language both easier and more useful.”

The Japanese Student Association (JSA) meets once a week where members get together to discuss upcoming events, work on Japanese conversation, and learn from one another. In February, JSA focused its Valentine’s Day meeting on a discussion of the differences between the American Valentine’s Day and Japanese Valentine’s Day, covering everything from obligatory chocolate that women are expected to give to specific people, to White Day, a holiday where men give women white chocolate as a sign of reciprocated feelings.

In an extension of its educational mission, JSA aims to help the Japanese Foreign Language faculty whenever they can, and is always looking for new members. The student organization will be expanding its offerings for next school year. 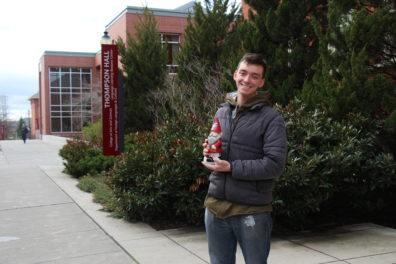 Samuel Borom, Outstanding Senior of Japanese, graduated in May 2017.